All Change – Why Invest in Commercial to Residential Property Projects?

Home / Blog / All Change – Why Invest in Commercial to Residential Property Projects?

It has been almost six years since the Government relaxed some the planning restrictions surrounding the conversion of commercial property into residential accommodation, a regulatory adjustment that is continuing to change the face of towns and cities.

Until relatively recently, town centres tended to be dominated by commercial buildings, such as offices, warehouses and retail spaces, with most residential property located outside the inner core. But that is changing. In many parts of the UK there is an appetite for town centre living and the conversion of offices and warehouses is playing its part in feeding that demand. This is in turn creating new opportunities for developers and property investors.

Commercial properties can and are being converted into apartment blocks and sometimes single dwellings and for developers this often represents a cost-effective alternative to, say, refurbishing existing blocks of flats or building from scratch.

Much will depend on local conditions, but is often the case that commercial properties for conversion can be bought more cheaply than their residential counterparts. Indeed, in parts of cities or towns where there have been major economic changes – such as a migration of businesses out of the centre or a decline in traditional industries – existing owners are often keen to sell quickly and relatively cheaply, rather than be burdened with the costs of maintaining underused or unused buildings.

Where People Want to Live

The happy coincidence is that such buildings are often located in areas where potential homebuyers are anxious to live. For instance, properties close to a town or city centre, provide easy access to pubs, clubs, theatres, recreational facilities and transport links – a contrast to the realities of living in an outlying suburb. Thus while commercial owners struggle to monetize their properties, residential developers and landlords find a ready market for apartments, whether made available to rent or buy.

Of course, converting a commercial building into apartments requires a considerable investment, but there are some incentives to do so. For instance, depending on the nature of the project, the developer may be able to reduce VAT payable on the work from 20% to 5%.

There are possible tax savings for investors buying into buy-to-let projects too. If an office block is converted into small apartments priced at under the minimum VAT threshold, stamp duty will be charged at just 3% as the tax is levied on the residential unit rather than the block as a whole.

None of this is simple. Investing in a commercial to residential conversion is probably not something for the casual investor with no support. There is a huge amount to think about in terms of planning applications – which can be complex, even despite the relaxed regulations – the tax implications and total costs.

Then there is the question of viability. A conversion may be taking place as part of wider regeneration scheme in a town or city. This in itself raises questions about where the conversion is taking place and whether or not it is an area that is likely to attract tenants or indeed purchasers. This kind of assessment is something of a specialist area in itself.

Of course, the same can be said about relatively large property developments and opportunities of all kinds. The success of a project – from a buy-to-let investors perspective – depends on a range of factors, including the cost of the properties in question (including additional costs such as stamp duty) and the potential of the property to generate strong rental yields. This is in turn dependent on factors such as location and the local economy.

Added to that is the potential problem of identifying an opportunity in the first place. For an investor based, say, in London, it won’t necessarily be easy to pursue opportunities in those parts of the country where the best deals are often to be found.

The Route – City wealth club makes it a lot easier. Working with developers and property managers, The Route identifies high yielding residential property investment opportunities and makes them available to its Members. Commercial to residential conversions are very much on The Route’s radar screen.Thanks to The Route’s expert in-house team, coupled with contacts in the property sector, Members can take advantage of exposure to some of the best deals around.

The landscape of Britain’s towns and cities is changing. Areas that were once dead spaces, particularly in the evening, are being turned into vibrant communities containing much sought after housing. Members of The Route – City wealth club – have an opportunity to invest in the vital residential property sector and secure superior returns in the process – safe in the knowledge that the properties themselves are being developed and managed by industry professionals.

A Way Through the Property Maze

Perhaps inevitably, concerns about the potential economic impact of Brexit –  coupled with the immediate reality of rising prices and relatively stagnant wages – have raised fears that the UK is facing another correction in property prices. Predictions of a sharp fall in house prices are clearly a source of concern, not just for… 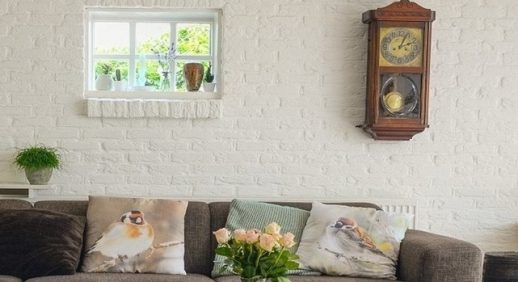 Appetite For Buy To Let Is Strong Despite Market Pressures

Viewed through one lens, the UK residential property market is going through a period of subdued activity. According to the latest report from the Royal Institution of Chartered Surveyors, the number of homes registered for sale on estate agents’ books has fallen to record lows, the amount of time it takes to sell a house…