The United Kingdom’s December began with yet more political drama in the shape of Parliamentary deadlock over the agreement paving the way for withdrawal from the European Union and a subsequent vote of no confidence in the Prime Minister. The vote failed and Theresa May resumed her attempts to win support for her exit deal.

The word tumultuous could have been coined to sum up the state of UK public life in 2018, so it’s easy to forget that equally – or perhaps more – significant events were happening elsewhere in the world. Trade tensions between the US and China continued to rumble on. In Europe, the Budget tabled by the new Italian government ran counter to EU rules. There is still a huge amount of tension on the border between Russia and Ukraine and the Middle East remains very far from stable.

Meanwhile, in the economic arena, things are changing. Interest rates have risen in both the US and the UK – albeit by small increments – and the clear intent of central bankers is to move beyond a monetary policy that was born out of the great financial crisis and back to a situation where decisions on interest rates are driven by trends such as inflation, growth and wage increases. Nevertheless, fears of a post-Brexit crash have kept members of the Bank of England’s Monetary Policy Committee boxed in.

So what has all this global turmoil meant for the markets and the outlook for UK investors?

Sterling has remained weak since the outcome of the EU referendum in 2016 and it looks likely to stay that way for the foreseeable future. Some days are worse than others for the pound, however. For instance it plunged to an eighteen month low after it became apparent that Theresa May was postponing a vote on the Brexit deal. A reminder that politics has an impact on the markets – and particularly on currencies.

But what about the other asset classes?

In the case of equities – at least up until Quarter 3 – there were gains in most regions, but there was also a considerable degree of variation. While US markets powered ahead, gains in the Eurozone were muted. Here in the UK, the FTSE-100 index peaked at 7,877 in June before falling back to the current level of below 7000. That said, during December’s Brexit standoff in the House of Commons, shares remained remarkably resilient, albeit at a level down from earlier highs. But it is a stock pickers market, with the performance of individual shares linked to perceptions about their exposure to opportunities and challenges in domestic and overseas markets.

At the other end of the spectrum, the UK’s startup culture continued to attract increasing sums from domestic and overseas investors. According to figures published by KPMG, VCs invested £1.4bn in UK companies in the third quarter of 2018, compared with £1.31bn a year earlier. This followed a successful second quarter. VC investment is, of course, only part of a bigger picture which includes angels and crowdfunding – and equity investment continues to be boosted by the Enterprise and Seed Enterprise investment schemes (EIS and SEIS). In addition, institutions are lending increasing amounts to small businesses through a wide range of debt platforms.

The well-documented travails of the retail sector have to some extent weighed on the commercial property market. Nevertheless, by the end of Q3, investors were seeing a return of 5.8%, despite only modest growth in property prices and rentals, according to figures published by property company, CBRE

The residential property market remains in the doldrums as far in terms of sales activity. High prices combined with Brexit and economic uncertainty have fed through to a slump in transactions. In November, the Royal Institution of Chartered Surveyors noted that inquiries were down 21%. Prices were also down. However, in the lettings market, demand remains steady and RICS expects rents to rise by 3.1% per annum over the next five years. It’s important to note that regional variations in prices and rents, mean that the best yields are often available to those who invest in properties outside London and the South East of England.

Those are some of the headline events, but behind the scenes other trends have been changing the shape of the investment market. For instance, the private debt market continued to grow in 2018, according to analyst Preqin, with funds raising $25bn in the second quarter. This offers new opportunities for investors to get exposure to direct lending to companies and special situations lending.

Market lending platforms are also offering new opportunities to investors. For instance, earlier this year, Alternative Finance news site AltFi.com published research showing that returns from P2P platforms between June 2015 and 2018 averaged 18.92% over the three years, a figure that outperformed many well-established funds.

These are turbulent times, but across a range of assets, there are opportunities to secure superior returns, however, it is vital to choose the right investments and the right vehicle. The Route – City wealth club offers Members a bespoke wealth management service that includes not only advice but access to some unique investments.

To find out more: info@therouteclub.com 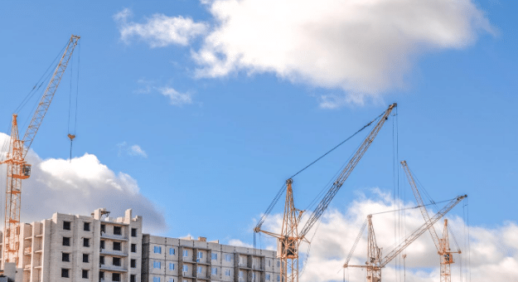 The Route – Finance: What does COVID-19 mean for The Private Debt Platform?

Uncertainty is, and always will be, part of economic cycles. No forecasting capability could have factored in the impact of the pandemic in which we find ourselves and the consequent uncertainty of what the future holds. Having operated in the funding market for over 10 years, it has become clear that capital requirements will significantly…