Warning: Use of undefined constant all - assumed 'all' (this will throw an Error in a future version of PHP) in /var/sites/t/therouteclub.com/public_html/wp-content/themes/theroute/functions.php on line 74
 Performance Check - As 2019 Closed, Loan Quality is a Hugely Important Theme For Platform Lending Investors - The Route Skip to main content
5 February 20205th February 2020

As 2019 closed, we can look back on a year that has seen platform lending exhibit at least some of the characteristics of a market that has moved beyond the exuberance of youth into a period of rather more sedate and slightly troubled maturity. Growth in the market has continued, but commentators have pointed to new pressures in terms of slower expansion. And for investors, there have been concerns about loan quality.

The challenges facing a still buoyant industry were highlighted by a report on “peer-to-peer” (P2P) lending by the news and information service Altfi. In its latest survey of the market, Altfi notes that growth in the UK platform lending market – by far the biggest in Europe – is set to continue, but at a slower rate than in previous years.

That is not surprising. Any market – or indeed any business – that gains traction quickly is likely to go through a period of rapid growth when measured against a relatively low starting base. As time moves on and the numbers get bigger, it naturally becomes harder to maintain the same year-on-year rate of expansion.

But there have been other factors to take into account. Platform lenders don’t operate in a vacuum. 2019 was a year of huge uncertainty – not just in the UK, where the ongoing Brexit saga continued to suck at least some of the life out of the economy – but also globally. Uncertainty almost inevitably dampens economic activity, which has a knock-on effect on business and consumer demand for loans.

That’s not to say the market is stalling. Far from it. Looking back to 2018, the AltFi report quoted figures from analyst Brismo suggesting that gross new lending had risen by 20% to levels above £6bn for the first time. Similar growth levels were projected for 2019 as a whole. There were, however, some clouds on the horizon. While rates of return continued to “look good” against other fixed income asset classes, 2018 data pointed to a fall in yields.

And the success of the market has brought its own challenges. In a separate survey published in October of 2019, SP Global Market Intelligence noted that institutional cash had become increasingly important in the P2P lending market. This had boosted loan origination, but in a highly competitive market, the rush to do business had (the report says) led to pressure on underwriting standards.

So as AltFi sees it, lending quality became an important issue in 2019, with investors seeking out platforms that could deliver superior returns while keeping non-performing loan rates to a minimum.

This is certainly an issue that investors are sensitive to. For instance, when Funding Circle cut its return forecasts in April 2019 while also raising its estimate of defaults, the newly-listed company’s share price dropped sharply.

But perhaps the biggest alarm bell was sounded by the collapse of the property-focused Peer-to-Peer lending site, Lendy, which went into administration in May 2019 with an estimated £160m of loans on its books, a high percentage of them being in default.

It’s important to stress, however, that while there are certainly challenges for the industry to address, platform lending continues to be attractive to investors. Institutional cash has continued to pour in, a trend that has changed the nature of a sector that was originally marketed as a route for retail investors to secure higher rates of return than those offered by banks.

There is still a strong appetite for exposure to the platform lending on the part of institutions and individual investors, but as 2020 begins, we can expect the quality of loans to become a key battleground.

In the view of The Route – City Wealth Club, proper due diligence is crucial to securing the best returns for investors while also minimising risk.

The Route’s lending platform, The Route – Finance, is different from most of its competitors in that it is very deliberately a Private Debt rather than a Peer-to-Peer platform. The Route’s investors are High Net Worth Individuals, sitting alongside institutions and Family Offices. All are experienced investors.

For its part, The Route offers exposure to carefully selected lending opportunities, mostly in the property sector. The loans are often related to prestige developments, such as the regeneration of Liverpool’s Baltic Quarter – and all projects offered to investors through the platform have undergone thorough due diligence. Money is tied up in each development for relatively short periods of time – around 18 months is usual – and to date, the non-performance rate is very low.

The platform lending market has proved hugely popular with investors and borrowers, but it is important to ensure that the quality of loans remains high. As we move into 2020 this is a theme that The Route expects to see as a key theme. 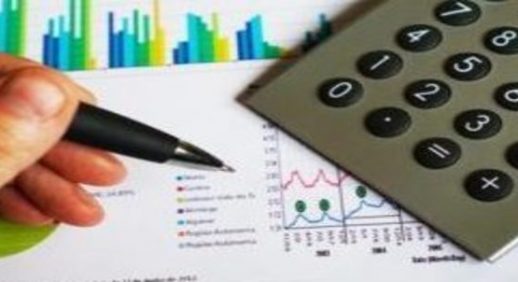 Everyone’s investment portfolio is different. In some cases an investor will opt for a simple split between a cash-in-the-bank safety net and equities (purchased direct or as part of a fund) and perhaps some bonds. More commonly these day the portfolio might also embrace property,  alternative investments such as wine or antiques and equity stakes…

Economically and politically, we continue to live in a very uncertain world. The financial crisis may represent little more than a fading memory to some, but it continues to cast a long shadow in the shape of low-interest rates, below par growth in the eurozone and – in some countries at least – a continued…