Home / News / Tax Has Become A Fairness Issue – What Does That Mean For Tax Planning?

The annual party conference is usually an occasion for broad brush strokes of policy. Nothing too detailed. Nothing that is likely to cause controversy in the media or divisions among the party faithful.

This year’s conference season in many respects conformed to that template. Dominated by Brexit, superhuman efforts were made at both the Conservative and Labour party events to (yes) debate policy but without making too many specific pledges or statements of intent. Even Labour’’s endorsement of a second referendum was hedged in uncertainties over what that would mean and the circumstances when it would apply.

But the Tory party conference did see at least two very specific pledges on tax. The first was to extend a freeze on fuel duty. The second – and the one that really grabbed the headlines – signalled an intention to increase stamp duty on house or apartment purchases by buyers living outside the UK. The aim was to remove one of the factors that has been pushing property prices higher, particularly in London.

To be more specific the Prime Minister pledged a 1.0% hike in stamp duty payable by overseas buyers, above and beyond the amounts paid by UK residents.

The rise in stamp duty is there to address a very specific problem. According to York University research, 13% of London homes were purchased by overseas buyers between 2014 and 2016. Meanwhile,  separate research from Kings College London suggests that every 1.0% increase in the volume of homes bought by overseas ‘companies’ raises prices in the capital by 2.1%. Extra tax is intended to take some of the upward pressure on the residential property market while also reducing the appeal of buying investment properties that lie empty. The money raised will be spent on ameliorating the rough sleeping problem that afflicts UK cities.

But the move has wider implications in that it reflects new emphasis in government. Fairness in society is now at the top of the political agenda. And as both major UK parties are striving to take control of the fairness high ground,  tax is very much ‘in play’ as a policy tool.

For instance, while detail was few and far between, Theresa May promised an end to austerity – in effect meaning more money for the public sector. That in turn will require a rethink of tax and borrowing policy. Until the budget (and perhaps not even then) we won’t know where any additional tax burden will fall.

Meanwhile over at the Labour conference, tax was also on the menu. The broad brushstrokes of Labour policy were set out in the 2017 manifesto and include a rise in corporation tax and a new tax band for those earning over £80,000. At conference, Shadow Chancellor John McDonnell said he was backing a campaign to encourage companies to sign up to a Fair Tax Mark scheme that was launched in 2014. He also hinted that the Labour would take a tougher line than the Conservatives when it came to tackling tax avoidance.

In practical terms – and depending on who happens to be in government – the ongoing debate over how to improve public fairnesses and the parallel issue of how such improvements will be paid for, will be played out in spring and autumn budget statements over the next few years. If taxes have to rise – as it seems likely they will – the question is who will bear the brunt? Will revenue raising take the form of fairly transparent increases in income tax or stealthier measures aimed at certain groups? Probably a mixture of both.

Predictions are hard. For instance, it is still uncertain whether additional tax on property deals by overseas buyers will affect expat investors.

But the challenge facing the Chancellor is significant. For instance, in what is perhaps a signpost to the post-austerity age, the Government is to spend £20bn more on health by 2023/2024 than it is today. According to analysts at the Institute for Fiscal Studies that kind of sum can’t be raised by savings elsewhere, and if the Chancellor sticks to deficit targets, taxes will have to rise significantly.

Or to put it another way, we are probably entering a period in which tax planning will be hugely important.

But there is an important principle here. From The Route – City wealth club’s perspective, tax planning plays a crucial role in managing and preserving wealth. Indeed, tax advice is one of the four key pillars of The Route’s wealth management service.

But that should not disguise the fact while sensible tax planning is a good and positive thing, tax avoidance that (in some cases) conforms with the letter of the law but not the spirit is not something to be recommended. That is partly to do with the political climate. Not only is Government and the HMRC anxious to maximise tax take ( and cracking down on avoidance is part of that), but there is also a public demand that the system should be seen to be fair. At an individual level, crossing the avoidance line can cause huge reputational damage, as well as triggering substantial penalties.

In a dynamic tax environment, it therefore important to stay abreast of all the tax changes in terms of how they affect each and every individual. And when sensible, non-aggressive tax planning allows the individual to reduce his or her tax liability, the necessary action should be taken.

That approach lies at the heart of The Route – City wealth club’s approach to tax management.

To find out more info@therouteclub.com 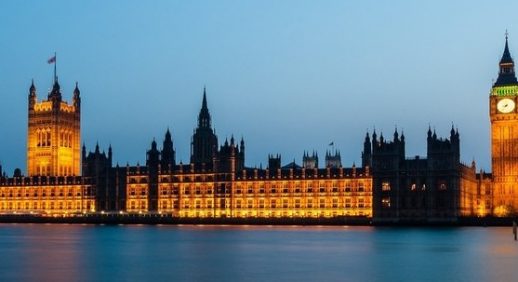 There was a time when the start of Spring was heralded by the Chancellor’s Budget, a major political and economic event.   These days the Chancellor offers two Budget statements – one in Autumn and the other in Spring, with the former containing all the major policy announcements and tax changes. The March event has…