A decade on from the great financial crisis and almost two years after the referendum vote to leave the European Union, the United Kingdom’s economy is proving resilient in the face of a considerable degree of uncertainty. That’s not to say that the UK is firing on all economic cylinders. As the negotiations with the EU continue, businesses are delaying investment decisions and there is also evidence that consumers are paring back their spending – factors that have fed through to below trend growth.

Crucially, however,  employment levels are at a historic high and there are also signs that wages are beginning to catch up with inflation for the first time since the recession. In terms of the residential property market, rising levels of employment have ensured that demand for housing remains buoyant. And despite the question marks raised by Brexit, UK residential property still represents a compelling investment for individuals, institutions and family offices.

As things stand, that demand in the residential property market is not being met by supply. Put simply, over many years, UK housing construction has not kept pace with the demands of a rising population and changing demographics.

According to a report published by the House of Lords (Britain’s second Parliamentary chamber) in 2016, the UK needs to build 300,000 homes a year. That’s not happening. In 2017, 217,350 homes were built but at the beginning of this year construction slumped sharply. While there is a target to create one million homes by 2020, the likelihood is that demand will continue to exceed supply.

At the same time, the nature of the market is changing. Demand for housing does not correlate absolutely with population alone. For instance, over many years, rising divorce rates have resulted in many more households splitting into two. Again, this creates demand for more residential units. Indeed, one feature of the UK market is a rising number of single occupancy homes.

The overall shortfall in supply has had the effect of pushing up the value of homes. This has priced many out of the market, leading to a high demand for rental accommodation as highlighted by data published by the UK Office for National Statistics in 2016. According to ONS figures, the number of privately rented homes has rose from just over 2 million in 2005 to a 2014 figure of 6 million. Meanwhile, the growth in owner occupation has levelled off. Rental values have risen accordingly. Average rents in the UK are now around £825 per month.

A Good Market for Investors

Given the background fundamentals, it is perhaps not surprising that the UK residential property market has been good to investors in recent years.

Despite the economic fallout from the Brexit vote – which has manifested itself in a weak pound and arguably also slower growth than would otherwise have been achieved – it is likely that property will continue to offer a range of attractive opportunities in the foreseeable future. The opportunities will be seen across buy-to-let, build-to-let, buy-to-sell and build-to-sell.

In an evolving market, there will be new opportunities.

For instance, generational changes have seen more interest in quality housing – for rental and purchase – close to, or in, city and town centres. Or to put it another way, the upcoming generation of young, well educated workers does not necessarily want to live in the suburbs, well away from their chosen sources of entertainment.

For developers and investors, this is creating opportunities to take advantage of more relaxed regulation around the conversion of commercial property to residential. According to figures published by the Department for Communities and Local Government, in 2016, new ‘Change of Use’ rules accounted for 12,800 apartments coming onto the market between April 2015 and 2016 as a result of conversions from commercial property. Equally important, across Britain, residential areas close to city and town centres are being refurbished and regenerated.

Investors undoubtedly face challenges. In some parts of the country, property purchase prices have risen to levels that, some would argue, are unsustainable. For those investing in the rental market, high purchase prices coupled with limits placed on rent affordability by local economic conditions have resulted in lower yields. This is particularly true around London.

But the UK property market is diverse. Demand for residential property for purchase or rent is rising in the regions – particularly in the North and Midlands. Prices are rising accordingly but not to levels that undermine yields. As a result, some of Britain’s regions are becoming investment hotspots.

Thanks to the underlying fundamentals, there is a compelling case for investing in UK residential property, particularly in the regions. 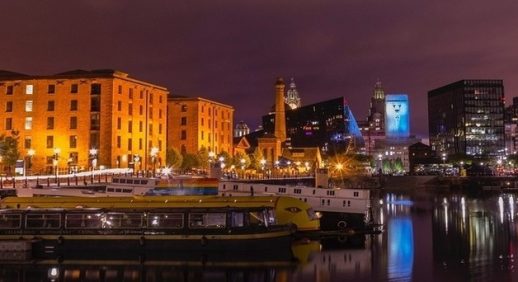