The United Kingdom’s referendum decision to leave the European Union triggered a round of national soul searching. In the days, weeks and months that followed the vote, policymakers, business leaders, media commentators and the public at large tried to identify and explain the factors that underpinned the unexpected outcome.

There was no simple answer but there was broad agreement that the shift in sentiment against the EU that had been evident across large swathes England’s Midlands and North, reflected a feeling that those parts of the country had fallen behind the London and the South East in terms of economic prosperity. The referendum had provided an opportunity to send a message to government.

And arguably the Government has responded. One of the first acts of the post-referendum Conservative administration led by Theresa May was to signal for an industrial strategy that would rebalance the UK’s economy. It’s a multi-faceted initiative that includes measures to support crucial high-tech industries such as Artificial Intelligence (A.I) and robotics. But equally important there has also been very specific support for the United Kingdom’s regions. In particular, the Government has pledged to create not only a Northern Powerhouse (a plan that was already on the table) but also a Midlands Engine.

In terms of spending, the Government has earmarked £1.7bn to improve local transport links in the regions and there will also be additional funding to spread the benefits of the HS2 high speed rail link throughout the North of England, plus £385m to develop ultra high-speed broadband. There are also plans to build more houses, including 1 million homes between Oxford and Cambridge.

This initiative to build on an existing economic resurgence in the North  could be one of the major – if indirect – legacies of the Brexit Vote and it is already creating new opportunities for residential property investors.

Plans to foster a Northern Powerhouse were formulated before the Brexit vote by then Chancellor of the Exchequer (Finance Minister), George Osborne. The logic was simple. The economy of the North of England was worth around £300bn. By taking measures to ensure the region grew as quickly as London and the South East over an 18 year period, the Government predicted an additional £56bn in economic value.

There are similar advantages to be had from boosting the Midlands – the only part of the UK to have a trade surplus with China. It’s estimated that if the Midlands matched average growth across the rest of the UK over 15 years, it could add £46bn in economic value.

That increased value would be reflected in more jobs – many of them high skilled – and rising wages, underpinned by improved infrastructure in the shape of high speed rail and road links.

And that in turn promises to create more demand for residential accommodation, particularly around towns and cities, as new industries suck in employees. Residential property investors will see the outcome of that in buy-to-let, develop-to-let and also develop-to-sell opportunities.

This is more than theory. The economic strength of the North’s great cities – notably Manchester, is already driving demand for housing.

But from the perspective of those investing in rental property, the correlation between the demand created by a booming economy and what you can expect in terms of yields is not straightforward.

As we’ve seen in London and the South East, even when the value of residential property is rising, the level of rent that can be charged to tenants has a ceiling, based on local wages levels. So as property values rise and rents stagnate, yields suffer. In London, average yields have fallen to around 3.00%.

The residential property market in the North and Midlands have not overheated to anywhere near the same extent. Indeed, according to the Totally Money Rental Yields Map, certain postcodes in Liverpool, Manchester and Leeds are generating yields of between 8.00% and 10.00%.

But the devil is in the detail. Yields can vary enormously, even within cities. In the experience of The Route – Finance, some of the best deals are to be found not around the centres of the great cities of the North and Midlands but in the satellite towns that surround them.

The challenge to investors – and particularly overseas investors – lies in visibility, or the lack of it. There are opportunities to buy into apartment block developments, regeneration programmes, converting commercial property to residential, student accommodation and even deals stemming from property repossessions. But it is a very different property market from that of London and the South East. Getting the most from it requires local knowledge.

The Route has an attractive portfolio of property opportunities in the North and Midlands, open to family offices and institutional investors. 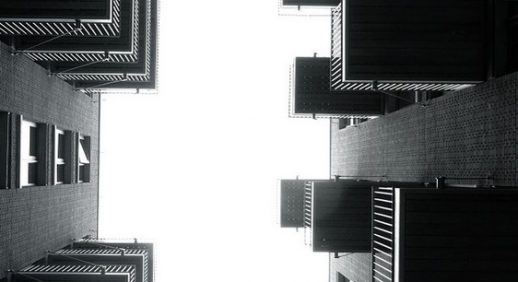 A decade on from the great financial crisis and almost two years after the referendum vote to leave the European Union, the United Kingdom’s economy is proving resilient in the face of a considerable degree of uncertainty. That’s not to say that the UK is firing on all economic cylinders. As the negotiations with the…