Alongside Celebrating our 20th anniversary in 2020, The Route is also proud to announce having completed 10 years of its University of Bath School of Management sponsorship scheme!

Back in the 1980’s, Richard Admiraal attended the University of Bath, studying Business Studies at the School of Management (SoM). His sister, Susanne, who also attended the University before him, sadly passed away after just one term following a long battle against leukaemia which had paralysed her for the last 18 months of her life.

Many years after graduating, Richard saw an article from another Bath SoM alumnus who had set up a scholarship scheme in the memory of his father who had passed away.

The idea of setting up a scholarship scheme in Susanne’s name was launched and, in 2009, Richard set up the Susanne Admiraal Scholarship (SAS), making use of a scheme set up by the Government at the time, which meant that for a £3,000 per annum scholarship, the Government would match £1 for every £2 the individual gifted: so £2,000 from Richard & £1,000 from the Government.

The SoM BBA course is a four year thin-sandwich course, so the 2nd & 3rd years combine six months studying at the University with six months of placement in commerce or industry.

Richard chose the criteria for the SAS to be:

Richard sponsors three students at a time and so when a 4th year student graduates in the summer, he starts sponsoring a 1st year student from the following autumn term.

Initially, Richard just sponsored students, but from the summer of 2016 he tied in the scholarship with The Route – City wealth club by interviewing them for placements at the company.

The placements have worked well for all three parties involved, namely:

For The Route, as these are six month placements and the students are studying Business at one of the best Management schools in the UK, they can make an effective contribution, as well as the students experiencing a well-structured placement.

The first placement is for the 1st six months of their 2nd academic year. The students who have completed this 1st placement at The Route so far include Ben Clarke, George Poole, Jack Hardy and Elizabeth Randall.

The Route does consider the same student for their 2nd placement for the 2nd 6 months of their 3rd academic year; we currently have with us Elizabeth Randall who is due to finish her second placement in August 2020.

Demonstrating the success of the Susanne Admiraal Scholarship, The Route has now started considering suitable candidates for permanent positions on graduating. The first of these will be George Poole, who is scheduled to start work within The Route – Finance team in September 2020.

Here is what some of the students have had to say about the Scholarship and their respective placements:

Ben Clarke, graduated in 2019, was a recipient of the scholarship and a 6 month work placement;

“Most obvious is the significant impact Richard’s sponsorship had on me from a financial standpoint which resulted in my ability to take full advantage of my University experience. However, this alone would not have got me to where I am today.

It was the opportunity to work at The Route in which I learned invaluable skills for any young professional, which ultimately enabled me to attain a future internship at Deutsche Bank and later Marsh & McLennan.

Along with these experiences and continuous mentorship from Richard, I adopted the perspective that I really do have the choice to do whatever I would like to do with my professional career, as long as I am willing to take sufficient action required to match my objectives.

The opportunity Richard gave me has truly kick-started my professional development in which I am looking to learn and experience all I can in young startups.”

Jack Hardy, was a recipient of the scholarship and has completed a 6 month work placement;

“Having found a true interest in business during my A-Levels, my aspirations to study at university grew during sixth form and were further cemented when I discovered the Business course offered at Bath. The SAS has given me the opportunity to study at university which otherwise would not have been possible. The support from the scholarship has meant that where the playing field against peers from more privileged backgrounds was before un-level, this is no longer the case. The scholarship through the University of Bath not only subsidises living costs, study costs such as textbooks etc., society memberships and more; the initiative also offers scholars constant support and training sessions to ensure we get the most out of our university experience.

Having completed my first year of study, my second year was to be structured with 6 months of on campus learning and 6 months’ work placement. Richard has been far more than a generous donor throughout my university life so far, regularly offering mentorship and guidance. Richards’s personal insight and advice prepared me for the placement application process which ultimately resulted in me achieving a placement within The Route – Finance. The placement offered an opportunity to consolidate learning from my first year whilst furthering my understanding in a real-world setting. Within The Route, I was treated as a full time member of the team, and was exposed to the full magnitude of the business functions. The experience massively enhanced my professionalism, my confidence and my employability ahead of applications for my next placement.”

George Poole, was a recipient of the scholarship, has completed one 6 month placement plus one summer holiday’s employment and will be joining The Route – Finance in September 2020 after graduating;

“Being a recipient of the SAS has meant a lot to me over the last four years as it has provided me with a layer of financial security during my time in Bath – an expensive city to live in – and allowed me to direct the majority of my focus towards academia and sport. An affiliation with The Route and The Route – Finance in particular has been incredibly beneficial in terms of my personal and professional development and has opened up opportunities for me – shown by the fact that I will be returning in September. Also, financial services and debt in particular are not fields that I had prior knowledge of before I joined university – so the SAS scholarship gave me a route (pun intended) to learn about the industry on the job and first hand with a considerable amount of responsibility, working closely in small teams with experienced and specialised staff from whom I have learned a lot – SAS allowed me to fully embrace my four years at Bath and, as a result of it, I’m looking forward to working within The Route again soon.”

Edward Goldsmith, was a recipient of the scholarship and graduated in the summer of 2014;

“I view being awarded the Susanne Admiraal Scholarship as a privilege that meant a great deal to me. I found it provided me with an opportunity to differentiate myself whilst applying for university work placements as part of my degree. This ultimately helped me to complete what were two very rewarding and interesting placements. I was given a graduate position as a result of my second placement at a global investment bank, and am still working at the same firm nearly six years later.

I also massively value the mentorship I have had from Richard through this early part of my career, something that is incredibly important to have in order to gain insights and experience from, and seek advice and guidance.”

A closing note from Richard Admiraal

‘I have found the Susanne Admiraal Scholarship scheme very enriching. There is great pleasure in rewarding richly deserving candidates with the prestige of the Scholarship and its associated financial support. These students, without exception, have made valuable contributions during their placements at The Route. However, in addition, I feel very privileged to have had the pleasure of working with such a gifted, ambitious and thoroughly likeable group of students, who I continue to see regularly, both outside of their placements and post graduating.’ 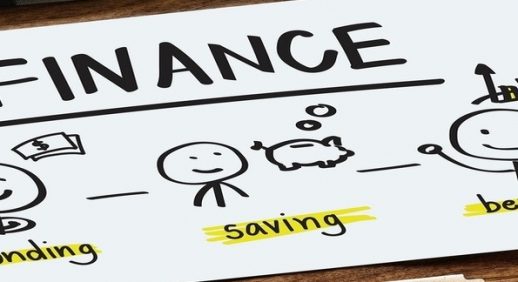 Hitting the Target –  The Benefits of Goal-Based Investing

Most of us set goals for ourselves – some short term, others based on priorities and objectives that will deliver the desired outcome five, ten or twenty years down the line. Many of those goals will require little or no financial planning, but others certainly will. Whether, the objective is to start a business, retire… 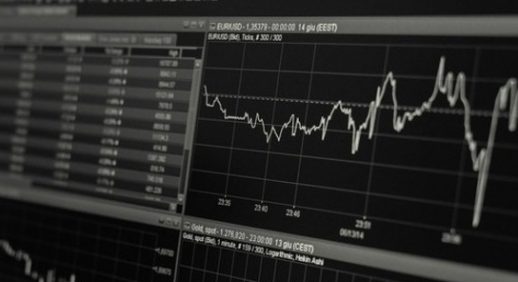 Stuff happens. Complex instruments designed to package up and take the risk out of subprime mortgages blow up in the face of the banking industry. The world’s fifth largest economy votes to leave the European Union. A newly elected president raises tariffs (or threatens to) on goods coming from his country’s biggest trading partners. Attacks…